How do I teach my kid Chinese at home? – Part 1

When we were living in New York, I found myself looking for Chinese-learning materials for my daughter (nicknamed ‘YB’, short for ‘Yakuza Baby’, because she was born while we were watching a Japanese gangster movie).

Every time I was back in Singapore, I would scour bookshops to pick up a whole bunch of children’s books with hanyu pinyin, and also books to help YB practice writing in Chinese. As a parent and teacher from Asia living in the West, I was serious about raising a bilingual kid!

What I found was that many of the stories targeted at “education” were not engaging at all.
Most seemed to prioritise getting kids to pick up vocabulary rather than fall in love with reading Chinese books. They had bright and colourful cartoons, but the stories were often poorly written,  with very narrow themes—and just not fun.

During that time, we also realized that in our neighborhood, the other Chinese kids (both American-Born-Chinese kids and new immigrant kids from China)  were attending 3 hours of Chinese Heritage School (https://www.theatlantic.com/education/archive/2015/11/chinese-schools-in-america/417027/) every Saturday so that they wouldn’t lose their abilities in Chinese.

These parents too, understood the importance of raising bilingual kids. However, many of the teachers in these heritage classes had recently arrived from China and were teaching in very traditional ways, with lots of rote learning and repetition.

In our local Chinese restaurant, the owner told us that his son went to Chinese heritage school every Saturday for 8 years, but ended up with only a little spoken Chinese, and he still could not read or write in the language. Additionally, he had come to really dislike using the language.

We kept hearing similar complaints from other parents—about how the curriculum was not relevant to modern kids’ lives, and that the method of teaching tended towards rote-learning and wasn’t really encouraging kids’ interests and curiosity.

So sending our daughter to Saturday Chinese school didn’t really seem to offer a true solution. 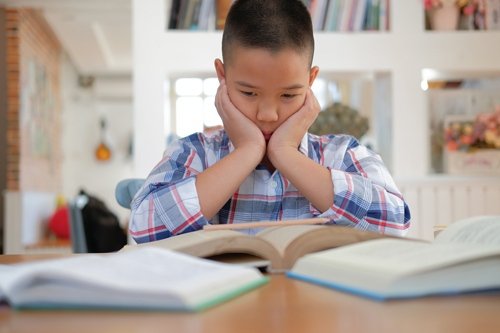 Because during my many years of work as a Professor of Education in New York, I also had the opportunity to visit several American schools that ran Chinese language programs. They were, for the most part, excellent schools with teachers who understood the need for global competence and were making sure that the kids were at the very least bilingual if not multilingual.  Chinese was a popular choice because of the new economic opportunities in China.

However, I noticed that these schools’ framing of Chinese tended to be somewhat staid; the curriculum was usually quite formal, with students having folders of basic vocabulary that they had to learn, with maybe some attempt at calligraphy. In one school, the students had to participate in a Chinese fan dance.

This was very different in tone and tenor from what I had encountered during my visits to China, where I had experienced Chinese culture and the creative arts as incredibly dynamic, innovative, and often humorous and daring. In the schools I saw, that view of Chinese culture and language is surprisingly outdated. 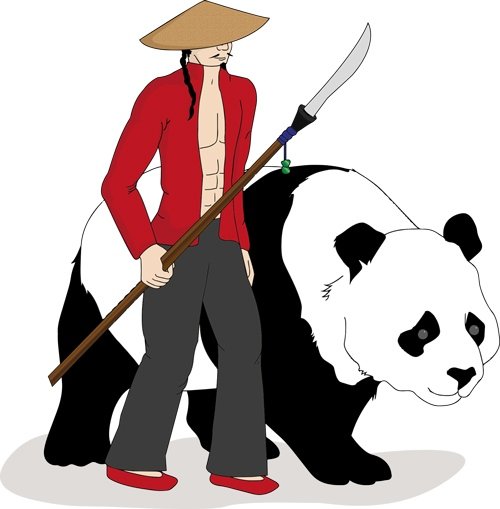 In any event, our daughter’s school did not offer Chinese as an additional language. Was I relegated to the heritage schools, which, by all accounts, were not very effective?

In the meantime, we hired a wonderful Mandarin-speaking nanny to care for YB for a few years. Because of her, Yakuza Baby learned basic communication in Chinese—how to say everyday things  concerning eating, sleeping, bathing, etc. But her vocabulary remained limited because it was primarily a caregiving relationship, not a teaching role. There was no reading or books involved, but there were often fabulous Lion’s Head Meatballs (狮子头)!

As she grew older, I knew YB needed more linguistic guidance. But how?

How can I teach my kid Chinese at home?

What are possible Chinese-learning solutions for a kid whose parents don’t have enough time—or confidence—to teach her Chinese at home?

Were there engaging and fun solutions out there that didn’t involve enforced rote-learning, and which would help our daughter fall in love with the language rather than fear it?

Were there humorous and dynamic programs?

We did not want to just throw her into any old Chinese class!

I was looking for an experience that was philosophically aligned with my own educational focus on openness and creativity. Could it be that hard to raise a bilingual kid?

I was feeling increasingly guilty that Yakuza Baby was growing up disconnected from our home culture and languages; that we were losing precious time just when our daughter was at the most open stage to language-acquisition; and most of all, that perhaps we were just not trying hard enough.

At that point, I made a decision to teach Yakuza Baby myself!

And guess what happened? I was just too tired after work every day to spend time sourcing good Chinese books for her. Trawling through reviews and websites in two languages was really hard work!

After a rather short time, my decision simply became a fantasy.

But then, so many smart people I knew hadn’t really succeeded either. Maybe it was just not possible…

…unless we change the way we think about languages. <– continue to Part 2

If you have any questions or topics that you would like me to cover in the areas of education and parenting, please send me an email at  yenyen@dimsumwarriors.com. I check all my emails personally and look forward to your questions. However, if you’re a student who’s trying to ask me to do your homework or project for you, I will most likely not have time to respond because I get way too many of those emails and it’s quite impossible to answer them all.

I also host The Dim Sum Warriors Doodle Date together with my co- creator and cartoonist Colin Goh two times a month. This is a FREE bilingual chat-and-draw-along session run via Facebook on select Saturdays at 10.30 am (Singapore time (UTC+8). If you are interested, check out this introduction to Dim Sum Warriors.