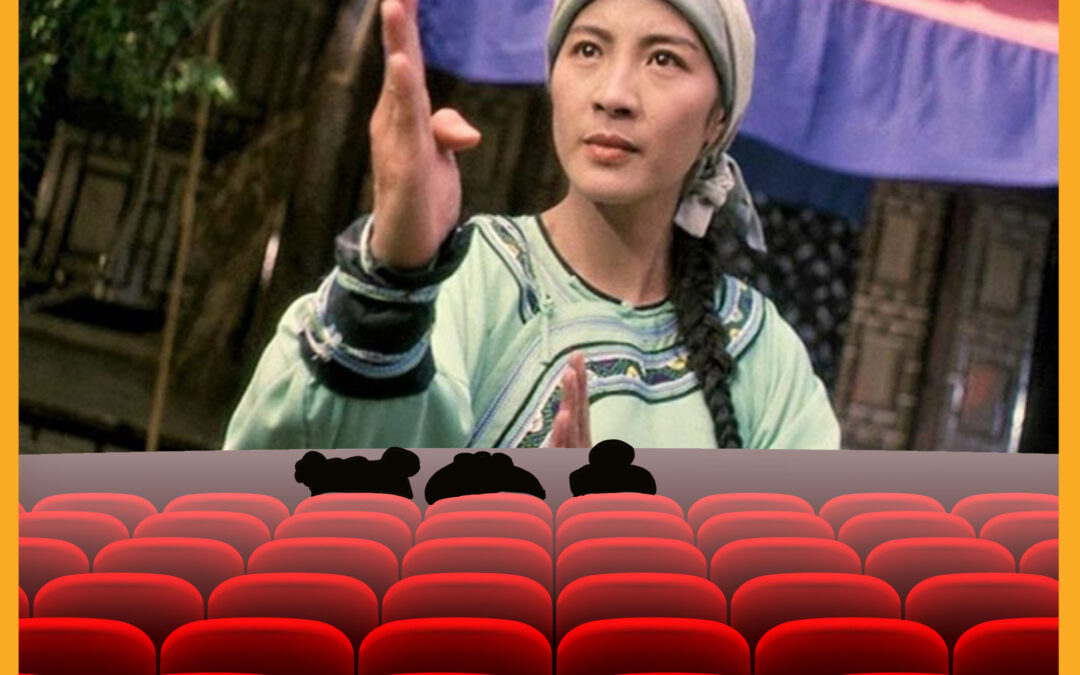 Here are 7 family-friendly Chinese movies for International Women’s Day to help kids who are learning Chinese get immersed in the language while being entertained and educated!

I grew up surrounded by strong women in my family and also on the screen—all these brilliant women warriors who kick butt!

For International Women’s Day 2022, I consolidated a list of Chinese films with strong women characters for your enjoyment. I made this list of seven films based on the following criteria:

These are definitely films that #BreaktheBias and support “Gender Equality Today for a Sustainable Tomorrow”. International Women’s Day 2022, on March 8th is a great time to binge-watch these films! 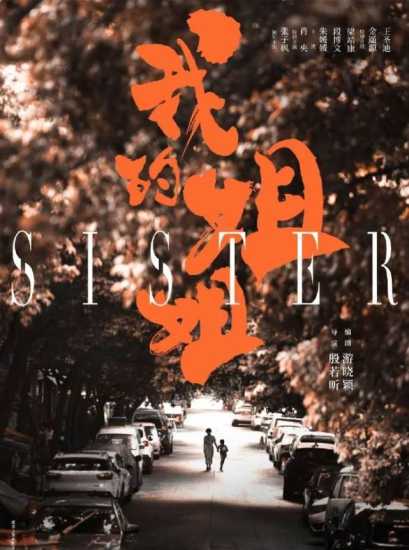 An Ran is a young nurse whose parents suddenly die in a traffic accident. She had been independent from her family for a while and has always been angry that her parents forced her to pretend to have a disability so that they would be allowed to have a second child, a boy, who is now 6 years old. While sorting out her resentment against her parents for favoring a boy, she is also under tremendous pressure to take on the responsibility of being “mother” to her 6 year-old brother. She has to decide on whether to have her brother get adopted by another family or to bring him up herself, which would mean giving up her independent life where she is pursuing her dream of becoming a doctor.

Available on: Catchplay+ and Netflix (certain territories only)

Chi is an immigrant to the United States from Taiwan and returns to Taiwan upon her grandmother’s death. Her return prompts memories of her growing up just after the death of Chiang Kai-Shek. Through her memories of schooling, her relationships with her family and friends, and the changes in her own hopes and dreams, the film draws a poignant picture of this period of martial law in Taiwan.

Why we recommend it： 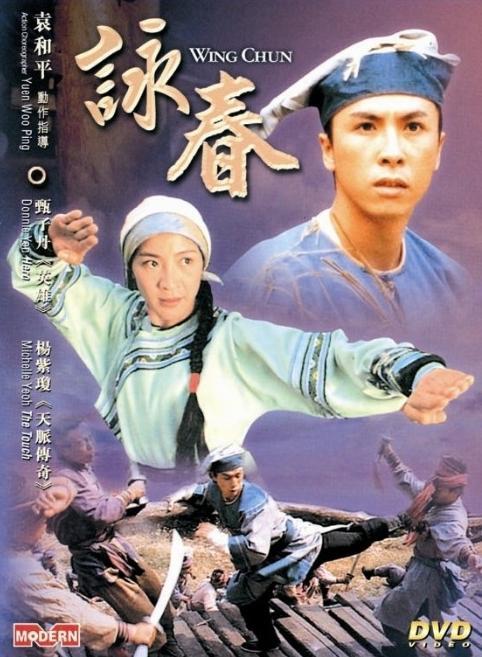 Wing Chun manages her family tofu shop together with her father, sister, and aunt and in order to fend off bullies, she is highly skilled in kung fu. One day, she protects an attractive widow from villain Flying Monkey and incurs his wrath. She proceeds to defeat Flying Monkey and as a result, makes an enemy of Flying Monkey’s brother … Flying Chimpanzee! (So much monkey business!) Wing Chun figures out an ingenious strategy to defeat the two brothers with airborne simian noms de guerre. 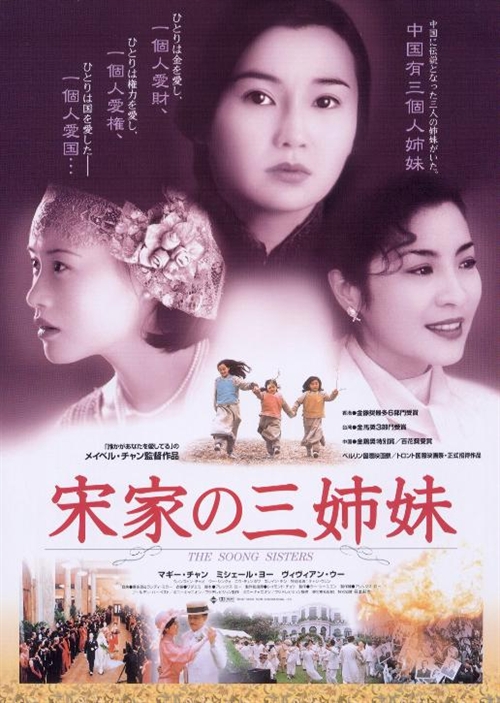 It is the story of the three Soong Sisters—Soon Ai-ling, Soon Ching-ling, and Soong Mei-ling—in the early part of the 20th century, taking place over one of the most tumultuous periods of Chinese history, which resulted in the current state of affairs between Taiwan and Mainland China. Soong Ai-Ling influenced banking in China, Soong Ching-Ling married Sun Yat-Sen and later became known as the “mother of modern China”, championing Mao Zedong and the Chinese Communist Party. All three were Chinese women who were educated in the West at Wesleyan College in the USA. 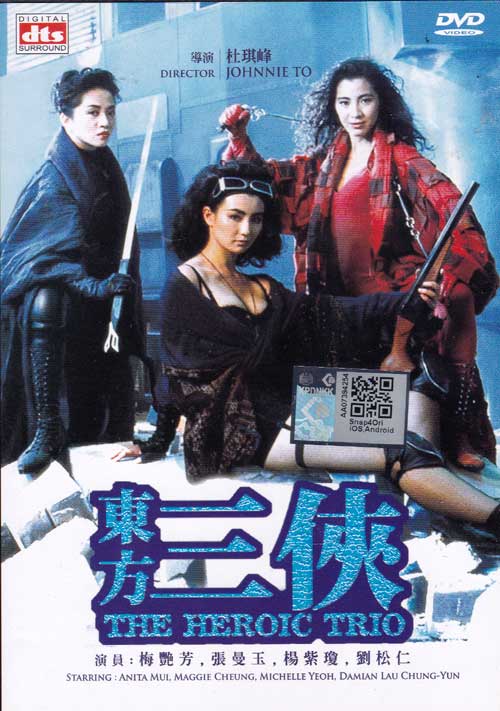 Available on: Drafthouse and Amazon (some territories)

***NOTE TO PARENTS AND TEACHERS: There is some ridiculous and gratuitous violence in this movie.  ***

There were two of these movies made in the same year! 1993! The plots don’t really matter in these films because they are all about the stars and the action sequences. Outlandish and fantastical.

But here are the plots in case you’re interested:

They both take place in a dystopic futuristic universe.

In Part 1, babies are getting stolen by an evil force and 陈三 (Michelle Yeoh) initially fights for the evil side, but has a change of heart and joins the other two heroines to defeat the evil eunuch who’s been stealing the babies.

In Part 2, 陈三 is now good and works together with 东东 (Anita Mui) and 陈七 (Maggie Cheung) to fight the evil villain and find water for a waterless world. 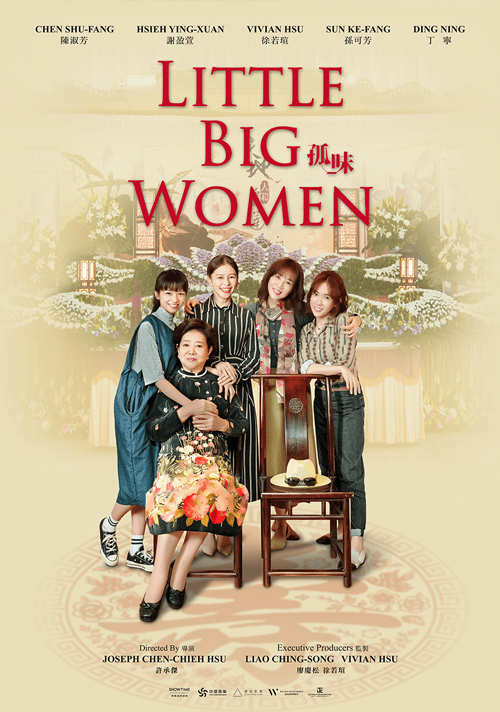 Lin Shoying is a successful restauranteur in Tainan who holds the secret recipe to the ultimate deep-fried shrimp roll. On her 70th birthday, her estranged husband dies and she and her three daughters have to hold a wake for him while dealing with their memories of him.

The life of Cantopop phenomenon, Anita Mui, who started performing at age 4, and passed away far too young at age 40 due to cervical cancer. She was highly unusual as a performer because of her low contralto voice range, and through her career, inspired countless other performers. She was also known as the Madonna of the East, with her sold-out concerts and outlandish costumes.

Have an amazing and powerful International Women’s Day 2022!

Dr. Yen Yen Woo works on educating for a multicultural and multilingual world through popular culture.  She most recently co-created the Dim Sum Warriors app, characters and stories for Bilingual Learning. She has a Doctorate in Education from Teachers College, Columbia University and has been a tenured professor of education. She is also an award-winning film director and screenwriter. Her works have been licensed by HBO and Netflix and featured on BBC, Fast Company, Wired, and other global publications. Email: yenyen@dimsumwarriors.com.

How I Found a New Way to Learn Chinese Online – Natural, Creative, Bilingual